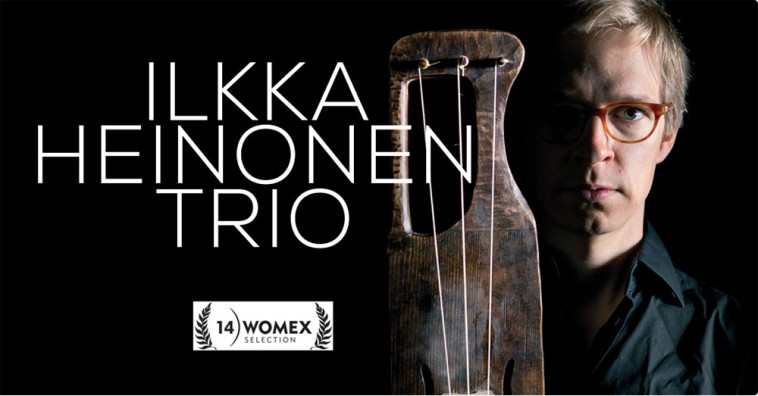 Ilkka Heinonen Trio’s first album was released in the May 2015 by Rockadillo Records. The CD is called Savu (Smoke).

Trio combines the ancient sounds of the Finnish jouhikko (bowed lyre) with a diverse range of contemporary influences, pushing the instrument into exciting new musical territories. The unique combination of instruments enables the trio to explore new ground and create their own distinctive sound, drawing on elements from jazz, folk, and world music.

Ilkka Heinonen Trio received very positive feedback from their showcase at Womex 2014 in Santiago de Compostela, but the band’s musicianship and improvisational power mean that the music will be appreciated alike by both world music and jazz festival audiences.

Ilkka Heinonen leads from the jouhikko with echoes of old traditional melodies juxtaposed by contemporary improvisation and newly developed techniques for the instrument. Nathan Riki Thomson’s double bass provides earthy grooves and subtle textures with influences from Africa to Nordic lands, all complimented by the virtuosic percussive pallet of Mikko Hassinen on drums and electronics.

Read more about the band and the CD here.

The tour has been produced by Marjatta & Kaisa.