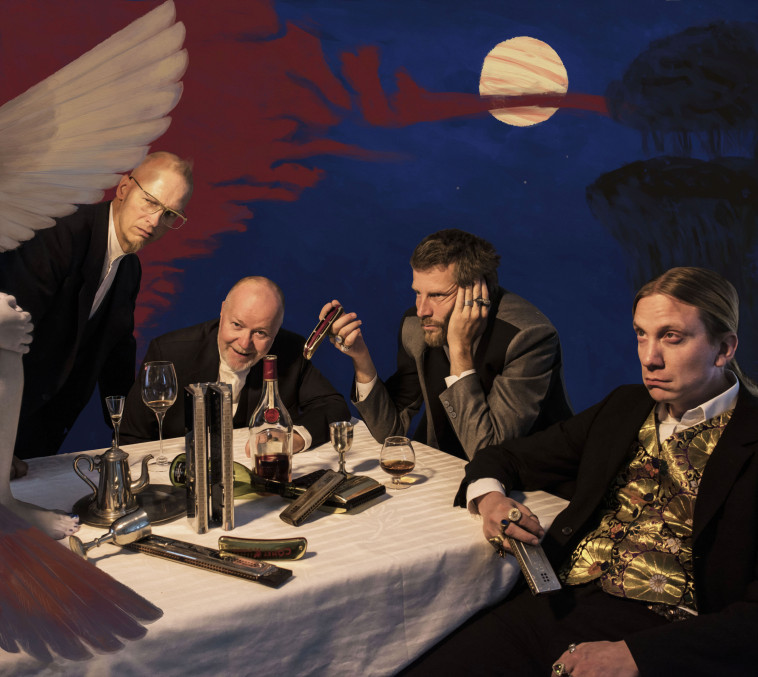 To coincide with the 150-year anniversary of the birth of Jean Sibelius, Sväng releases a stunning selection of the renowned Finnish composer’s music arranged for four harmonicas. The album ‘Sväng Plays Sibelius’ explores just what happens when the unique Sväng sound and Sibelius’ iconic compositions are brought together.

The Sväng quartet has been inspired by the thought that during his silent years 1920-1922, Jean Sibelius would have brought along both his cigar and his harmonica when he went out for walks in the Finnish nature to study the sounds of his homeland. Long before that, at the turn of the century, Sibelius composed lush impromptus that call for the wistful sound of the tremolo-tuned harmonica. Op. 22 No. 4 Lemminkäinen’s Return and Op. 11 The Karelia Suit sound magnificent when performed by the harmonicas.

In 2010, the world’s leading harmonica quartet was commissioned by the French festival La Folle Journée to arrange Chopin’s music for the harmonicas. ‘Sväng plays Chopin’ was performed 14 times during the festival to an audience that was both stunned and inspired.

”That was when we first started thinking that one day Sväng should also perform music by our own national composer Sibelius. The Sibelius anniversary in 2015 provided a perfect opportunity to realise this long-term dream, which also proved to be quite a challenge: how to arrange the iconic and well-known orchestral work for four harmonicas?”, Jouko Kyhälä describes.

Sväng did not want to make simplifications, hit medleys or musical gags, but rather bring out new resonances to the music – musical opportunities that Sibelius never could have imagined. While arranging Chopin was ’only’ about arranging a piano score, the harmonica quartet was now taking on large orchestral works: the Karelia Suit, Lemminkäinen’s Return, Andante Festivo… The Sväng musicians and composers Eero Grundström and Jouko Kyhälä approached the scores both inspired and nervous: would there be swing to Sibelius? In the end, they were able to identify a healthy dose of folk spirit in Sibelius’ compositions, and transformed this into the unique Sväng sound.

The album ’Sväng Plays Sibelius’ (Jumituotanto, JUMI009) was released in Finland on the 2nd of December in connection to a concert held at the Helsinki Music Centre.