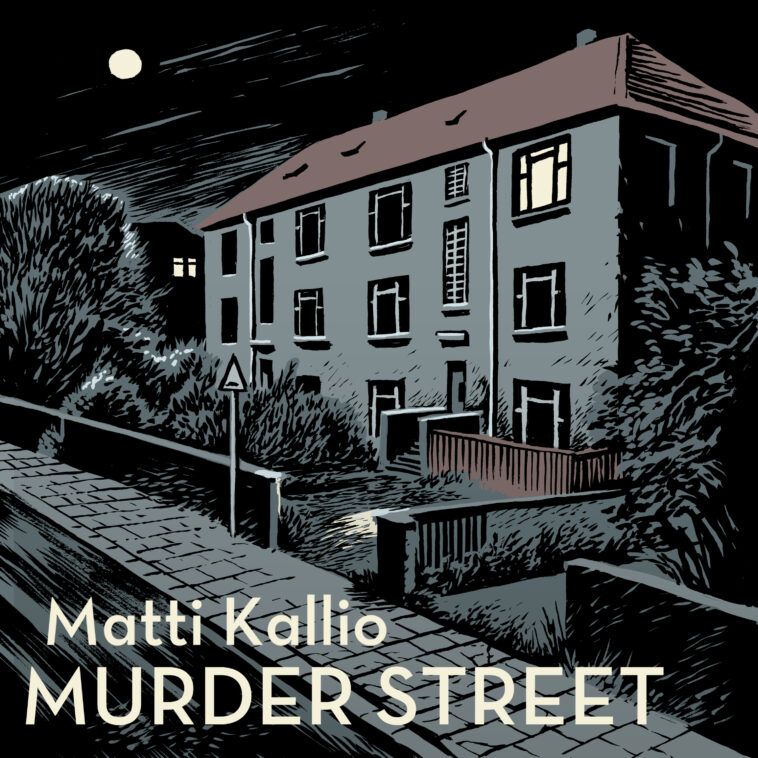 Matti Kallio, Finnish multi-instrumentalist and music industry all-rounder based in Iceland, has contributed to more than 100 albums, working with artists the likes of Värttinä, Hector and Vesa-Matti Loiri. He has also won awards for his compositions of children’s and theatre music. To be released on 28 January 2022, Murder Street is Kallio’s second solo album.

Murder Street is an album of duets for piano and accordion, with Kallio in charge of everything. He has written all the tunes, he plays all instruments, and has recorded and produced the tracks at his Fireland studio in Iceland. The influences on the album range from folk and jazz to chamber music.

Although the album is named after an actual place, for Kallio the title is more akin to an atmospheric locus, like the setting of a film, a play or a book. The album cover, which echoes the same idea, is by Dutch artist Erik Kriek.

“The positive reception of my debut solo album Waltz for Better Times encouraged me to see if I could create a duo album on which I play both instruments myself. As an instrumentalist, I’m associated primarily with the accordion, but in fact my identity is also that of a pianist. The piano was my first love, and I have always considered it my main instrument. Arranging for an accordion and a piano was an exciting challenge. Both instruments have a wide range of tonal colours, and they can both be used in many roles. I wanted the end result to sound as organic and natural as possible.

The music on this album is more cinematic and visual than my previous work. When I was composing and recording the album, I let myself be carried away by my imagination, and I hope listeners will do the same,” Kallio describes the recording process.

The album will be available from 28 January 2022 on all digital platforms.

Here is what reviewers said of Kallio’s previous album:

“Matti Kallio is a superb instrumentalist who extracts a wide-range of expressions from the accordion, from dazzling speed to delicate slow tempo performances.” – World Music Central

If you want the tracks for media preview, contact info@maetka.fi.