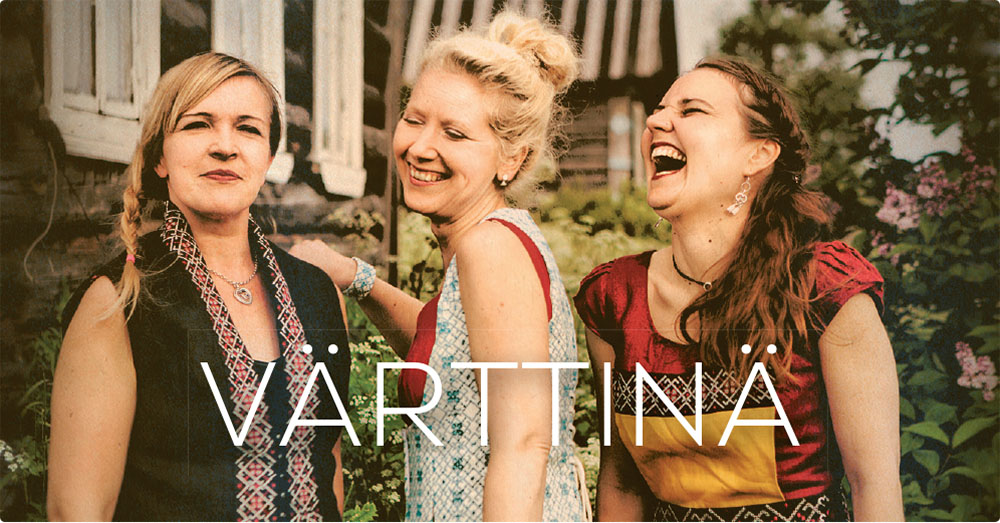 Värttinä is Finland’s most successful contemporary folk music group. Värttinä’s roots are in the Karelia region of Finland, specifically women’s vocal traditions and ancient poems known as runos. Fronted by three female singers, Värttinä composes most of their music and lyrics, based on traditional Karelian and other Finno-Ugric styles but with modern and thoroughly distinctive and original arrangements. Since 1990, Värttinä has toured internationally and built a solid reputation as one the most inventive and uncompromising ensembles in the contemporary world music arena.

Fiona Talkington, BBC 3 Late Junction, said of the group; ”Värttinä has seemingly unstoppable creative energy. They thrill, surprise and amaze audiences all over the world.” New York’s Newsday described their music as ”a gale-force musical attack…beautifully poignant tunes…exotic but accessible, complex but exciting” and from Billboard magazine; ”exquisite beauty…groundbreaking yet steeped in tradition, definitely Finnish, yet worldly.”

Värttinä’s albums have regularly peaked The World Music Charts and they were given the established Womex World Music Award in 2012. Songlines Magazine (UK) voted their tenth album ”iki” one of the ”Top 50 World Music Albums You Should Own” and Utne Magazine (USA) voted Värttinä one of the ”World’s Most Soulful and Exciting Artists of 2003”.