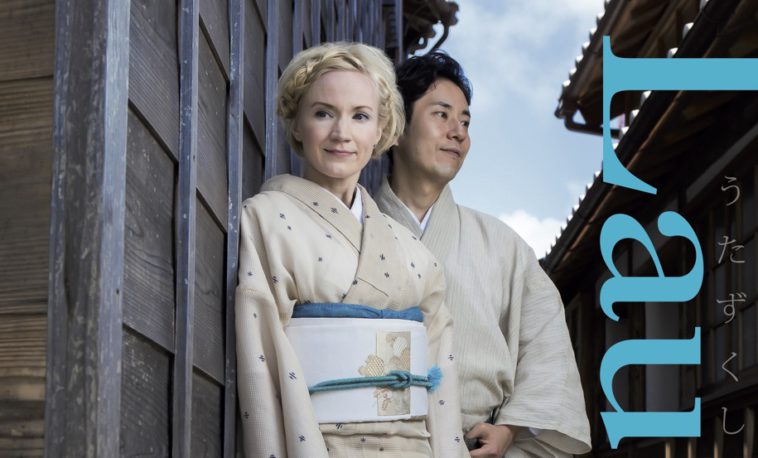 The Finnish-Japanese string instrument duo Eva Alkula and Tomoya Nakai are celebrating ten years of creating unique sound fusions of the Finnish kantele and the Japanese koto. To mark the anniversary, the duo is releasing the new album Laulu – うたずくし in September, and touring both countries.

Eva Alkula and Tomoya Nakai’s collaboration is a true cultural exchange. Not only does the two national string instruments complement each other musically – the duo’s repertoire, which is strongly built on storytelling, provide glimpses into both the Japanese and Finnish culture, and features for instance pieces that have been composed for traditional Japanese Noh dramas.

“We really wanted laughter and humour to be heard on the new album, as we have so much fun both rehearsing and touring”, Eva Alkula says.

The duo was introduced to each other by the Director of one of Japan’s concert halls, who was convinced the two artists should perform together.

“The collaboration that started ten years ago almost feels like a miracle”, Tomoya Nakai explains, “the instruments match each other so well, and create what could even be described as an orchestral atmosphere”, he continues.

Their anniversary performances will include traditional Finnish and Japanese folk compositions from the duo’s new album Laulu – うたずくし(2016),as well as popular songs from previous releases. This September in Helsinki, during their Finnish tour, the duo premiered a piece called Loviatar, exclusively composed for the duo by Finnish composer Pekka Jalkanen.

The two musicians regularly perform in Finland and Japan, and are keen to support further cultural exchange and musical fusion between the two countries. Eva Alkula and Tomoya Nakai have performed at a number of events in Finland, including Time of Music Festival, Our Festival, Musica Nova and Kihaus Folk Festival, and internationally at the Nordic Music Days.

In 2012, the Eva Alkula and Tomoya Nakai duo was chosen ’ensemble of the year’ by The Finnish Kantele Association, who also chose their 2012 release Sillalla as ’kantele album of the year’. The duo has also previously released Youkihi in 2018 on Texicalli Records.