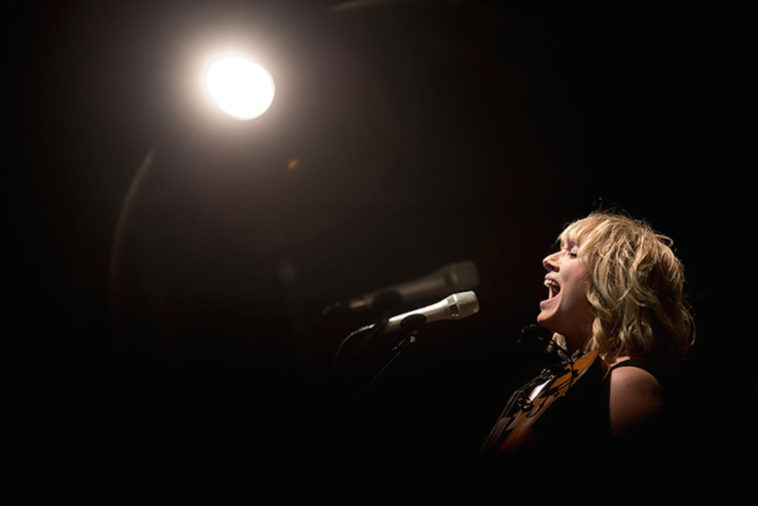 “(…) fascinating journey through the varied musical world Słowińska. journey which from the first to the last moments keeps the listener in suspense. The more, that such a modern approach to the musical tradition required a lot of artistic bravery. Slowinska’s “Archipelago” – is a very interesting and a very good album. [ Michał Błaszczyk, Polish Radio Kraków ]

But Arhcipelago is also a project, which is coming to Finland and scandinavia in co-operation with Marjatta & Kaisa. What is important and interesting about Archipelago project is its flexibility and uniqueness of potential musical combinations. Thanks to such a form, we can invite guest musicians from various musical backgrounds. Therefore, once it may be a project focusing on jazz and next time it may be traditional or roots music. The electronic part makes the message more universal and fresh.

Her first solo album: “Live in Alchemia” and “You Can Be” has been awarded ”Folk Album of the Year” in Polish Radio prestigious festival ’New Tradition’ in Warsaw. She’s been nominated and awarded in most important Polish competitions and festivals, inter alia: Grand Prix of Polish Radio ’New Tradition’ Folk Festival, Polish TV Song Festival ’Opole’, Song Festival Wroclaw and others. In 2013 awarded by the Polish Minister of Culture and National Heritage medal: ”Gloria Artis – Cultural Merit”.