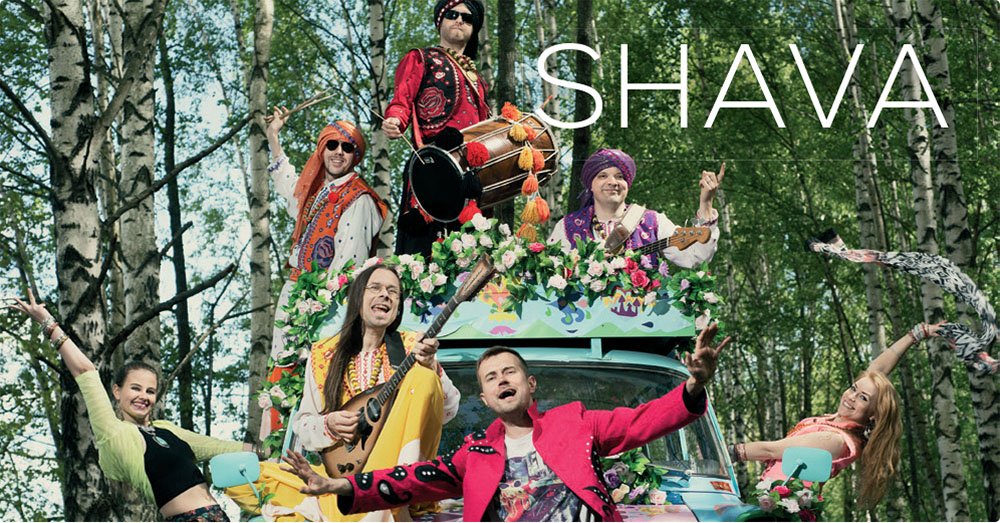 Womex: meet Kiureli Sammallahti and the representatives Riitta & Sirpa at the Finnish stand 2.08

Shava is a unique group of five Finnish guys from Helsinki who started playing Bhangra, a fast, energetic type of dance music which has its roots in the villages of the Punjab region of northern India. Bhangra has become a major music phenomenon within the vast immigrant Punjabi populations all over the world. Shava has embraced this tradition which is both ancient and modern at the same time and made it their own. They have created a new tradition, a global Creole music which has its roots both in the soil of India as well as the concrete jungle of East-Helsinki.

The band started as a mad idea back in 2004. They soon discovered that not only are they the only band in the world fusing Finnish lyrics with Punjabi beats, but they are also the only non-Indian origin band playing Bhangra music. Now their ”Finnjabi” music has grown into a culture of its own, with enthusiasts in many parts of the world. Coming from the land of Sauna and Santa Claus, the band’s live shows combine high energy stage presence with a kind of a crazy humour which Finns are well known for. The band has toured diligently at home and abroad, creating many fans infected by the Finnjabi virus. In addition to playing at home in Finland, the band has performed in 10 different countries, including four visits to the City Of Bhangra festival, North America’s largest Bhangra celebration held annually in Vancouver. Apart from touring in mainland Europe, the band has performed in festivals and events as far as Reykjavik and New York City.

The band has released two CD’s and has been featured in numerous local and international TV shows and radio programs, including an appearance on BBC World News TV’s Global show which was broadcast worldwide in April 2015.

Shava started as a mad idea but have grown into something of a cultural phenomenon, it remains to be seen if the Finnjabi scene they created will be carried on by other groups. The group at least wishes to be an inspiration for future bands. Apart from playing cheerful music for good times, their message is that although we may all have different origins, look different and speak different languages; inside we’re all the same.