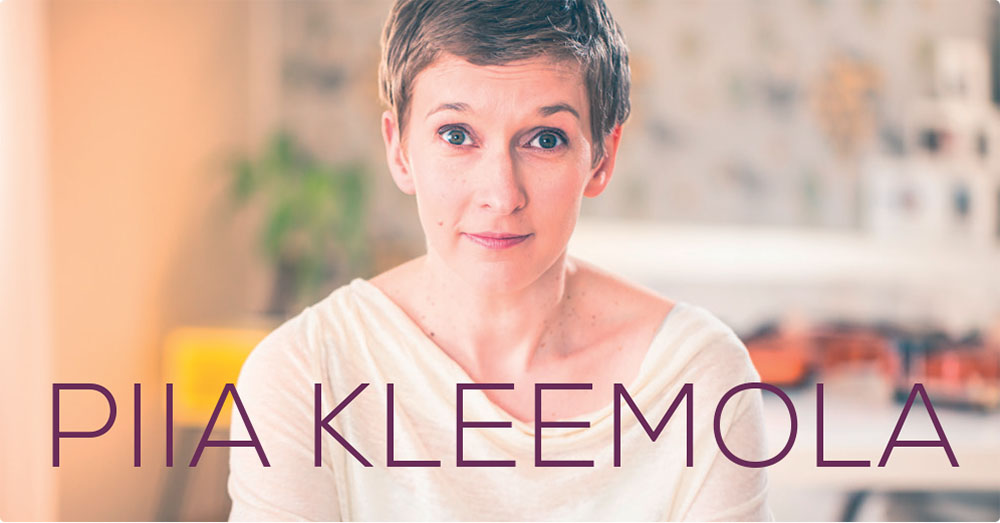 Violinist and professional folk musician Piia Kleemola is known as an exceptional performer, who is at home in both traditional and more experimental music worlds. The specialty of the Seinäjoki-based artist is Ostrobothnian fiddle polska, which was the subject of her dissertation for the degree of Doctor of Music, completed in 2011 at the Sibelius Academy. Kleemola is an experienced musician and educator, who has had a leading role in numerous productions performing traditional, improvised and composed music, including dance and theater. Besides the violin, her instruments include kantele, jouhikko (Finnish bowed lyre) and vocals.

In addition to her solo performances, Piia Kleemola works as a musician with several bands, such as Finnish folk music bands Päre & Hyperborea and Seinäjoki-based Laitakaupungin orkesteri. Kleemola has released three solo recordings (The Polska of the Devil and the Priest/2014, Fiddle Feast/2012 & RindaNickola/2009) and she performs on 30 records, three of which have been nominated for the Etno-Emma award distributed by the IFPI Finland. As well as several European countries, Kleemola has performed in the USA and in China. Piia Kleemola has been awarded one-year artist’s grants by the National Council for Music (2008) and the Finnish Cultural Foundation, South Ostrobothnia Regional fund (2007 & 2014).