The Irish Festival of Oulu

The northernmost Irish festival in the world in Oulu, Finland will be organised for the 11th time from October 5th to 9th this year. The Irish Festival of Oulu has taken its place as the main event of the northern countries presenting Irish culture in its various forms from music and dance to poetry and theatre.

The Irish Festival of Oulu has respectively reached great success during the past ten years and once again the stars of Irish music are coming to Oulu. The program contains big names like Liam O’Flynn, Usher’s Island, Seamus Begley & Tim Edey, Danú and Four Winds. For the first time ever the festival organises an internationally acclaimed symphony concert with Oulu Sinfonia orchestra and conductor David Brophy.

An Irish Musical Journey is one of the two main concerts of the festival. It is historical, because it is the first co-operation between the festival and Oulu Sinfonia.

The other main concert presents Usher’s Island and Seamus Begley & Tim Edey. Usher’s Island is a veritable supergroup comprising of some of the most respected and admired traditional players in Irish music: Andy Irvine and Dónal Lunny, long-time collaborators since their time in the seminal band Planxty, legendary fiddler Paddy Glackin, who played with The Bothy Band among others and younger tyros rhythm king John Doyle (Solas) plays guitar, bouzouki as well as providing songs along with sensational flute and uilleann pipe player Mike McGoldrick (Lúnasa) who tours as a member of Mark Knopfler’s band. The concert will be opened by Seamus Begley & Tim Edey.

Other top performers in the program are legendary multi instrumentalistics Seamus Begleyn and Tim Edey at their own concert. Danú’s concert is a mix of high-energy performance, ancient Irish music and the beautiful songs of award winning singer Nell Ní Chróinín. Deeply rooted in the tradition, FourWinds produces an exciting landscape of tunes and lyrics that present Irish traditional music in a modern and creative context.

“This is the biggest programme of Irish music and culture ever in Finland. Even though we have had big names and The Chieftains last year, this is the first time we have huge concerts every day from Wednesday to Sunday” , praises the festival director Brent Cassidy.

You can find the whole program of the festival at the webpage www.irish.fi

2016 is the 100th year celebration of The 1916 Rising. The event will be honoured also in the festival program.

Festival has already confirmed groups and musicians coming from Russia, Sweden, Italy and from all over Finland. 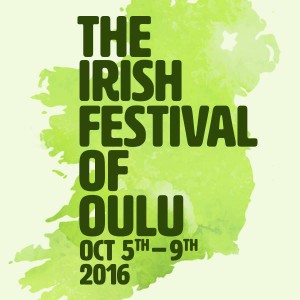