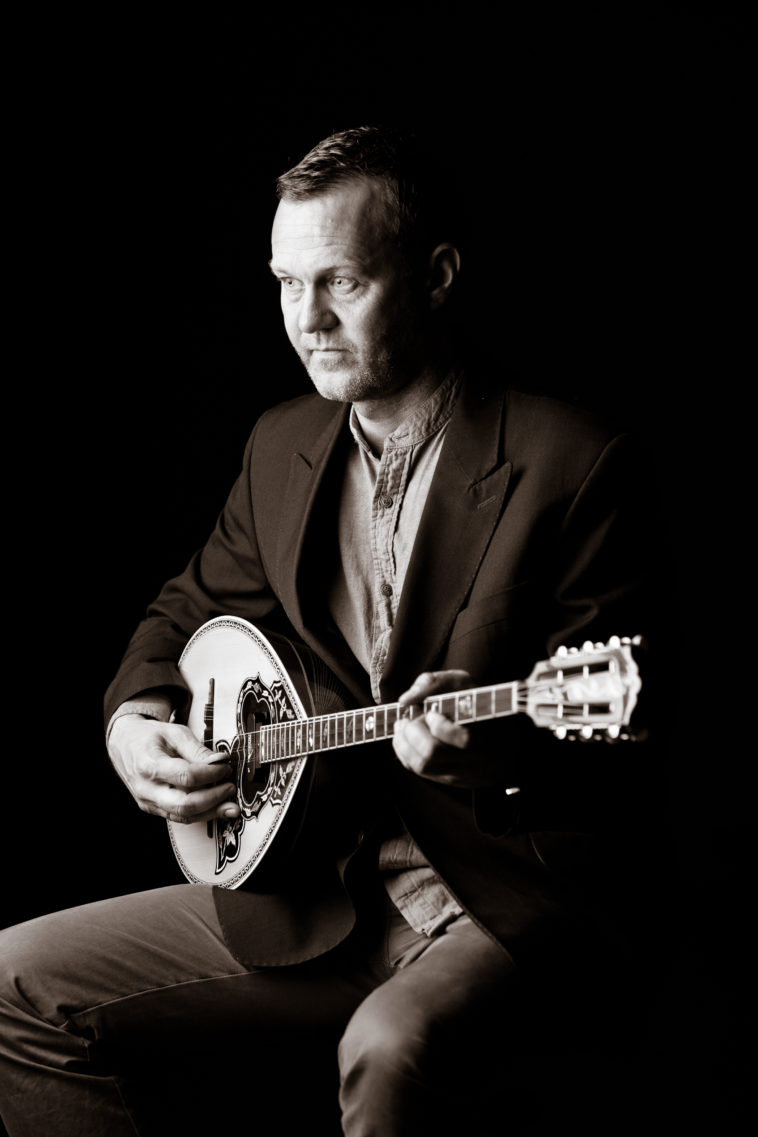 Originally a coincidence led Asgeir Asgeirsson, a jazz/pop guitarist and a household name on the Icelandic music scene, to start studying the music of Bulgaria back in 2010 where he fell in love with music of Eastern Europe and the Middle East. Asgeir has since travelled to India, Iran, Turkey, Egypt, Morocco, Greece and Bulgaria for studies.

It was one of those trips to Istanbul in 2016 where he got the idea to travel with his own musical heritage to the East and compose new and arrange old Icelandic melodies with the flavour of some of his favourite musical heritage.

As Arnljotur Sigurdsson from Iceland’s national radio has said: “Asgeir has taken his own heritage on a journey to the East with stunning results”.

Asgeir has since recorded three albums with over 40 musicians from eight countries.

He started the journey in Istanbul where he recorded with some of Turkey’s finest musicians, Yurdal Tokcan, Göksel Baktagir, Derya Turkan and Oray Yay and released the album Two sides of Europe in 2017.

In volume 2, he took the Icelandic folk song to Plovdiv, Bulgaria to a longtime friend, Borislav Zgurovski and his band, the legendary Trakia ensemble to record Travelling through cultures released in 2018.

The final chapter of the trilogy is the Persian path, released in autumn 2020 recorded in Tehran and Iceland with some of Iran´s finest musicians led by Hamid Khansari. In this project, Iceland´s finest female vocalist Sigridur Thorlacius sings all of the vocals to give the album an unique blend of Eastern instruments, rhythms and feel.  Asgeir plays saz, oud, bouzouki, tamboura and electric guitar to give this trilogy an even more unique sound.

Journalists, ask for the link to the online music with private message.

Asgeir Asgeirsson:
Guitar and multi-string instrumentalist/composer Asgeir Asgeirsson plays many styles  of music, including pop, rock, jazz and various kinds of World music. Asgeir has been very active on the Icelandic music scene for his nearly 30 years career and has featured on over a hundred albums in that time and toured Europe with various projects. He has played with all of the most known musicians in Iceland as well as many internationally recognised musicians including: Dave Weck, Guthrie Govan, Chris Cheek, Seamus Blake, Ingrid Jensen, Manosh Bardhan, Borislav Zgurovski, Matt Penman and Claudio Spieler.

Asgeir has also released two solo albums with original jazz music, Passing through  recorded in New York in 2006 featuring Chris Cheek, Matt Penman and Erik Qvick and Trio in 2015. Asgeir was the town artist of Kopavogur in 2016 and has many times been nominated to the Icelandic music awards.